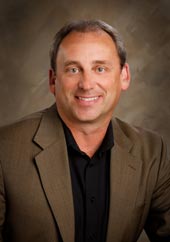 District 1 Commissioner Todd Mielke said that the Board of Commissioners lacks the statutory authority to impose independent oversight over the Sheriff’s Office. Both Center for Justice executive director Rick Eichestaedt and I disagree with Mielke’s assessment. Mielke however, said the Board does have the authority to require inquest panels for all officer-involved shootings and deaths in the County.

District 3 Commissioner Al French in a candidates forum last year said he supports independent civilian oversight. Sheriff Kenzovich in the past said he wanted oversight similar to Spokane’s ombudsman program. Both Mielke, French and Sheriff Knezovich expressed support for inquest panels in the past as reported by the Spokesman-Review.

Politics does indeed makes strange bedfellows. Sheriff Knezovich has in the past characterized his critics as being “right-wing extremists” and others with “political agendas”, in order to to dismiss and marginalized them. Those demanding independent civilian oversight now include the Center for Justice, PJALS and the NAACP which include people such as Rick Eichenstaedt, Liz Moore, Tim Connor, Larry Shook, Dave Brookbank and Bonnie Mager.

The Board of Commissioners would do well to act quickly to require inquest panels as now being demanded by a diverse group of community groups and citizens. Secondly, the Board should then immediately, begin a discussion on implementing independent civilian oversight over the Sheriff’s Office for alleged police misconduct and abuse that does not involve a death. A wildcard is that the City of Spokane Valley may too require these actions or if rebuffed cancel its law enforcement contract with the Sheriff’s Office.

The Board by a simple majority could enact an ordinance requiring inquest panels. Such action would not require any negotiations with the police unions. King County has required such inquest panels since 2002. The King County ordinance, policies, and procedures could be used as a template:

Sheriff Knezovich blows a lot of smoke at his press conference concerning the petition for civilian oversight
https://www.facebook.com/rick.rydellkxly/posts/10207411269669176

UPDATE – On petition for civilian oversight of the Sheriff’s Office (Sheriff’s Citizens’ Advisory Board)
https://www.facebook.com/rick.rydellkxly/posts/802639886500872

Petitions calling for “Independent Oversight Needed for the Spokane County Sheriff’s Office,” were delivered to Spokane County Board of Commissioners today
https://www.facebook.com/rick.rydellkxly/posts/10207415611777726

Shawn Vestal on police accountability, the SPD Ombudsman, and the making of sausage – conclusion it went rancid
https://www.facebook.com/rick.rydellkxly/posts/10207419070784199